A Canadian MP has apologised for participating in a parliamentary session via videoconference from a bathroom stall.

On Friday, Liberal MP Shafqat Ali was chastised by a Conservative legislator after colleagues noted the washroom’s familiar surroundings.

A rival MP stated, “The camera was situated on the ledge or ridge on the wall right above the rear of the toilet.”

This is the second time in two years that a Liberal MP has been caught on a Zoom call in an awkward circumstance.

Mr Ali, a 55-year-old former real estate broker, was elected to represent the seat to the northwest of Toronto last year.

On a point of order, Conservative MP Laila Goodridge, who was in attendance, suggested that her Brampton Centre colleague “could be participating from a restroom.”

A lawmaker “looked to be in the washroom,” according to a legislative page. This drew criticism from the chamber’s assistant deputy speaker, who advised MPs to be “prudent in how we use our devices and to be cautious of our surroundings when you are online.”

Mr Ali’s whereabouts were brought up again during Monday’s session. John Brassard, the Conservative House leader, elaborated on the incident.

“Those present saw the Liberal MP enter what seemed to be a bathroom stall in one of the men’s washrooms on this same floor of this particular building,” Mr Brassard said.

Mr Ali came into Parliament shortly after Mr Brassard to apologise for the “fall of judgement.”

“I take this situation very seriously, and I swear I will never make the same mistake again,” he stated.

Will Amos, a Liberal MP, apologised last year after urinating during a virtual video parliamentary session. Only a month prior, he had appeared naked on a video conference with coworkers while changing after a run. He decided against seeking re-election.

Crispin Blunt, a Conservative MP, will retire after the next election 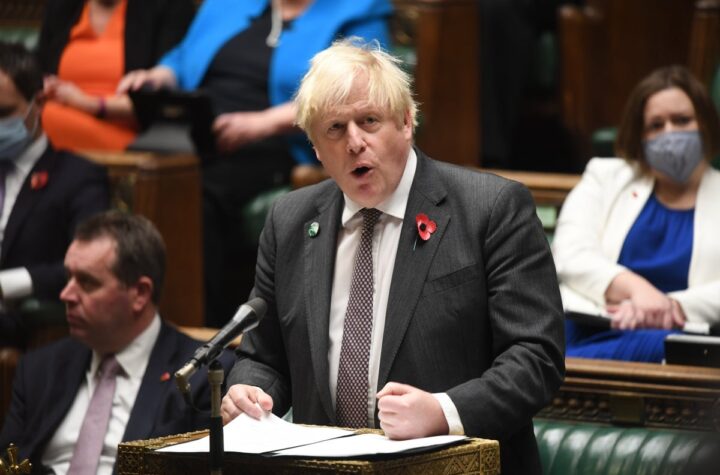